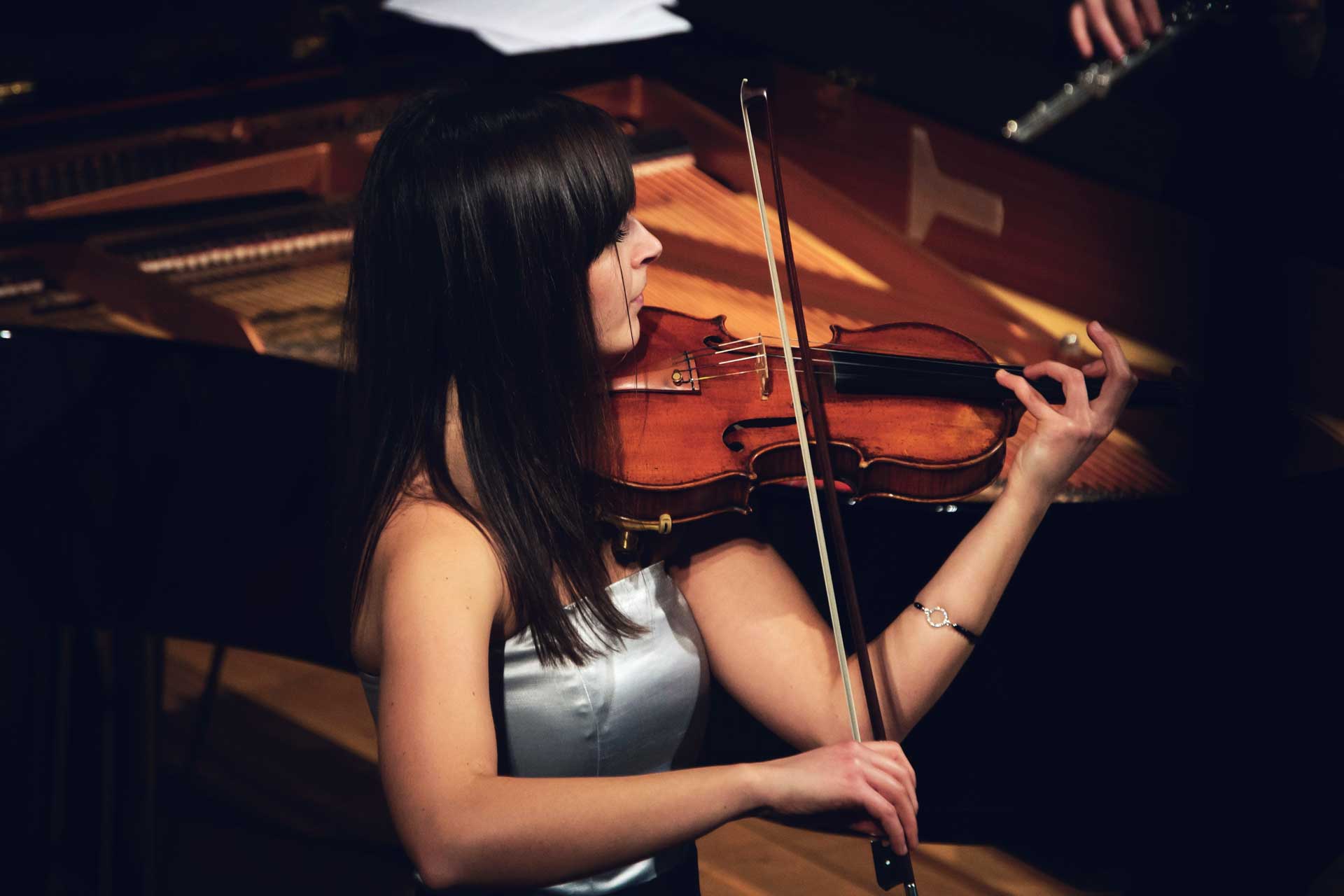 At MJLAW, we represent individual artists, actors, musicians, athletes, and talent agents who are seeking for non-immigrant, temporary P or O visas to work or perform here in the United States.

The O1A visa is a non-immigrant entertainment visa designated for aliens of extraordinary ability in the sciences, arts, education, business or athletics.

At Muston & Jack, P.C., since 1985, our lawyers have helped thousands of individuals to successfully navigate the O1 visa process to obtain O1A and O-1 B nonimmigrant visas. Our experience with non-immigrant temporary visas and with all aspects of U.S. immigration law can make a difference for you. To have your qualifications for the O1 visa evaluated by an experienced lawyer, contact our law offices today.

The O1 visa is not for everyone. Generally, the O1 nonimmigrant visa is only available to individuals who possess extraordinary ability in certain fields such as business, athletics, sciences, or the arts. In addition, the visa may be available to those who have demonstrated extraordinary achievement or are nationally recognized in entertainment or other industries.

DETERMINING ELIGIBILITY FOR AN O1 VISA

The key factor to obtaining an O1 visa is showing the “extraordinary ability” in your field. Generally, you have to show that you are part of that small percentage on top of your field. For example, a professional athlete or a movie star.

Proving that you have extraordinary skills in other fields like business or education can be very difficult. In these cases, your attorney can help gather the relevant supporting documents and evidence to show that you are at the top of your field. This can include awards, press clippings, and anything else that supports your extraordinary status.

For whom is the O1A Visa appropriate?

SCIENTISTS, EDUCATORS, BUSINESSPERSONS, AND ATHLETES WHO WISH TO QUALIFY FOR THE VISA MUST SHOW THREE OF THE FOLLOWING:

O1B VISA FOR ARTISTS AND ENTERTAINERS (EXCEPT TV OR MOVIE STARS) WHO WISH TO QUALIFY FOR THE VISA MUST SHOW THREE OF THE FOLLOWING:

Spouses and children of the O1 visa holder may obtain an O3 visa to enter and remain in the US. The O3 visa holder may attend school but if he or she wishes to work, he or she must change his or her status to obtain a work visa.

APPLYING FOR AN O1 VISA

The petitioner for an O1 visa will need to file a Form I-129, Petition for Nonimmigrant Worker. Some documentation to include with your application includes:

The O1B visa is very helpful for artists, athletes, entertainers, high-end chefs, and business people lacking professional degrees. There is no prevailing wage requirement, and the O1B visa may be extended indefinitely. There is also no numerical limit to the number of O1B visas issued.

So how does one prove that you have reached a demonstrated level of prominence in your field enough to qualify for an O1B visa? Well, the regulations are structured in a manner that provides an applicant with two opportunities to qualify.

The first, an extremely limited opportunity, requires an applicant to have received recognition for his/her work via a major nationally or internationally recognized award such as an Academy award or an Emmy or its equivalent.

The other, much more accessible opportunity to qualify for this visa, requires an applicant to satisfy at least three of six suggested criteria. Note that although the regulations state that only three of these six need be shown, there are situations in which a well prepared petition will touch on more than just three of these elements where proper. So let’s briefly consider these six in turn:

THE BENEFICIARY OF AN O1B VISA PETITION MUST EVIDENCE, THROUGH A VARIETY OF POSSIBLE EVIDENTIARY FORMS THAT HE/SHE HAS:

Accordingly, it is clear that one of the keys to a successful O1B visa petition is to show that your degree of skill and recognition is above that level ordinarily encountered in the field. The burden of proof to be evidenced for an O1B visa petition in motion picture and television productions is in between the lowest level of scrutiny placed upon persons in the arts (which is a broad category) and the highest scrutiny which is placed on persons in the sciences, business, and athletics.

WHAT PROFESSIONS FALL UNDER THE UMBRELLA OF “ARTS” FOR AN O1B VISA?

“…any field of creative activity or endeavor such as, but not limited to, fine arts, visual arts, culinary arts, and performing arts. Aliens engaged in the field of arts include not only the principal creators and performers but other essential persons such as, but not limited to, directors, set designers, lighting designers, sound designers, choreographers, choreologists, conductors, orchestrators, coaches, arrangers, musical supervisors, costume designers, makeup artists, flight masters, stage technicians, and animal trainers.”

IF I WORK IN BUSINESS OR THE ARTS BUT MY PROFFERED EMPLOYMENT IS RELATED TO MOTION PICTURE PRODUCTIONS, WHICH STANDARD WILL MY O1B PETITION BE HELD TO?

In 2008 the Administrative Appeals Office held that the specific job you are petitioned for decides under which O1B level of scrutiny your petition will be considered. There is a difference in standards applied to petition for those in the Arts and those in professions in Motion Picture and Television productions. In this case, the AAO was considering an appeal of a denied O1B visa petition for a freelance editor. The AAO provided:

P1 Visa for Athletes and Entertainers

The P1 visa for athletes and entertainers provides a great alternative to an O entertainment visa petition. P1 has been expanded to allow minor league and amateur athletes an opportunity to qualify for the visa under certain circumstances, and music bands, circus performers and other entertainers as well.

P1 VISA CLASSIFICATION AS AN ATHLETE IN AN INDIVIDUAL CAPACITY:

An approved petition for an individual athlete classified under the P1 visa regulations, shall be valid for a period up to 5 years.

The entertainment group must have been established for a minimum of one year, and 75% of its members must have been performing entertainment services for the group for a minimum of 1 year, (Subject to the special regulatory provision which provides a limited exception for entertainment groups where the Director of USCIS may waive the special one year relationship requirements where due to illness or other exigent circumstances, one or more members had to be replaced, 8 CFR §214.2(p)(4)(iii)(C)(3)).

An approved petition for an athletic team classified under the P1 visa regulations shall be valid for the period of time determined by the Director of USCIS to complete the competition or event for which the alien team is being admitted, not to exceed 1 year.

An approved petition for an Entertainment group under the P1 visa regulations shall also be valid for a period of time determined by the Director of USCIS to be necessary to complete the performance or event for which the group is being admitted, but not to exceed one year.

Evidentiary Requirements for an internationally recognized athlete or athletic team:

1. A tendered contract with a major United States sports league or team, or a tendered contract in an individual sport commensurate with international recognition in that sport, if such contracts are normally executed in the sport, and

2. Documentation of at least two of the following:

P1 VISA SELF PETITION NOT PERMITTED:

Individual entertainment groups may not file a P1 visa petition on behalf of itself as the Petitioner, but must be petitioned by a third party sponsor or employer. P1 visa petitions may only be filed by a U.S. employer, a U.S sponsoring organization, a U.S. agent, or a foreign employer through a U.S. agent.

In November of 2009, a memorandum was published by the United States Citizenship and Immigration Services (USCIS) in an attempt at clarifying the standards for adjudicating O and P petitions filed by a Petitioner acting as a U.S Agent for a Beneficiary or Beneficiaries who will be working for more than one employer within the same time period of the visa’s validity period.

While the November memorandum specifically states that any U.S. agent who petitions for foreign based entertainment groups or band must be “in business as an agent”, the definition provided as to what constitutes “in business does not entail a requirement that the U.S. based agent show that it has in the past been in the business of representing entertainers as that term of agent is typically understood in the entertainment industry.

The memorandum states instead that the Agent only need be granted the authority by the separate employers to act as the Agent for the entertainment group for the only purpose of filing the instant P status or visa petition. Given this vague nature of the regulation and the further uncertain interpretation provided in memoranda, it is advisable that one seek the consultation of one of our experienced attorneys to guide you in deciding this and other matters pertaining to the P status and visa petitions.

P2 and P3 Visa for Musician, Artists, Music Bands, Entertainers and Their Crew

For other commercial artists and entertainment groups, the P1 Visa could be more suitable.

An approved petition for an Entertainment group under the P2 regulations shall be valid for a period of time determined by the Director of USCIS to be necessary to complete the performance or event for which the group is being admitted, but not to exceed one year.

THE GENERAL EVIDENTIARY REQUIREMENTS FOR ALL P VISAS INCLUDE THE FOLLOWING:

A petition for P2 classification shall be accompanied by the following:

An essential support alien may be provided P3 status based on a support relationship with a P2 entertainer or artist. The evidentiary criteria include the following:

P3 VISA FOR ARTIST OR ENTERTAINER UNDER A CULTURALLY UNIQUE PROGRAM

P3 Classification may be accorded to artists or entertainers, individually or as a group coming to the United States for the purpose of developing, interpreting, representing, coaching or teaching a unique or traditional ethnic, folk, cultural, musical, theatrical, or artistic performance presentation.

The artist or entertainer must furthermore be coming to the United States to participate in a cultural event or events which will further the understanding or development of his or her art form. The program may be of commercial or noncommercial nature.

When you contact our firm for an initial consultation, we will take the time to educate you and explain the immigration laws, regulations and the visa application procedures of the USCIS (U.S. Citizenship and Immigration Services, formerly known as the INS or Immigration and Naturalization Service).