The L-1 Intracompany Transferee visa has long been a well used nonimmigrant visa option for Canadian citizens, allowing companies to transfer executives, managers, and specialized knowledge employees to the United States. The L1 visa is commonly used by both large, multinational corporations and small startup companies, for employees in a variety of positions. 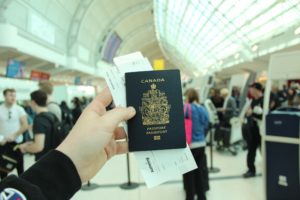 On April 30, 2018 DHS implemented a pilot program which allowed Canadians seeking L-1s to request that their form I-129 L-1 applications be adjudicated either by USCIS prior to arrival at the border, or by the CBP officials at the port of entry, allowing the applicant to choose whichever he/she preferred. The pilot program, which was originally scheduled to run for six months, has now been extended for a second time and will be in place through April 30, 2020.

Although not publicly announced, we have been seeing what appears to be another new CBP policy affecting Canadians seeking L1s at the border. Recently, many Canadian citizens who request adjudication of their L1 petitions at the ports of entry have been told that CBP will not adjudicate extension or renewal L1s, only new petitions. However, it appears that CBP is still willing to process extensions of L1 commuter/intermittent cases. Commuter/intermittent L1 cases are those where the Canadian citizen L1 employee primarily resides in Canada and works less than 50% of his/her time in the United States.

These changes have created considerable confusion for employers and employees alike. To discuss how best to navigate the current L1 visa process, or for any other immigration assistance, please contact the lawyers at MJ Law.